The Real-data is collected by Facebook from users and computers will be built into virtual space right on the AR glasses.

Facebook’s lab is developing a LiveMaps and calls it “the core infrastructure to enhance the augmented reality experience of the future”. LiveMaps creates a virtual map that reflects the entire real world using computer vision, language localization, and mapping technology based on shared data from 2.4 billion user. Specifically, geotagged images will be exploited to create 3D images of these places, creating accurate virtual maps of the real world.

According to Facebook, smart glasses and smart headsets will build 3D maps of places that users are going to first, instead of recreating the environment in real time. This allows users to instantly teleport in virtual environments and find information about objects and locations near them thanks to technology. 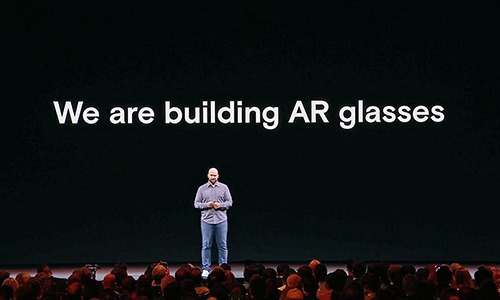 For example, users can travel around the world through holograms, visit their homes and sit at the dining table with their family from somewhere far away or go to work in another country to do .. Besides, when walking on the road, users will see information cards appear next to the animals running through, instructions for automatic movement will appear immediately when the smart device detects that the vehicle is stopping lights. red.

In addition, Facebook continues the AR glass project to show the entire real world with 3D maps created by LiveMaps. It aspires to put the virtual world directly in front of users, in parallel with the real world and access to it will be as regular as smartphone users today.

Facebook is also facing many lawsuits and questions from Congress about how it handles sensitive information about users. The world’s largest social network faces allegations of undue and uncontrolled political and social influence. Facebook also often fails to prevent fraud, theft or fraud about its own information.