There hasn’t been a year Apple held as many product launch events as it did in 2020. Apple will hold the last major event of 2020. This is expected to be Apple’s most important event of the year in terms of product strategy. That’s when the company introduced computer models using self-designed chips.

Information about these Mac models has been revealed by Apple since June during the WWDC developer event. At WWDC, Apple has promised to sell Macs using self-designed chips from late 2020. Bloomberg sources said Apple will introduce many MacBook models during this event.

Bloomberg says Apple is ramping up production lines for the 13-inch and 16-inch MacBook Air models. And will at least showcase at the event 2 13 inch models.

The biggest change in laptop models lies in the hardware. They are equipped with chips developed on the Apple A14 platform, the processor of the iPhone 12 and iPad Air. Earlier, Apple sold a special edition Mac mini, which uses the A12Z chip for developers to create compatible apps.

Apple A14 Bionic chip gives very good performance on iPhone 12. However, various tasks on the computer are still a big challenge in terms of processing power. At WWDC, Apple did not reveal much about the power of the computer models using Apple Silicon chips.

Apple could also talk more about Rosetta 2, the tool that converts Intel-compatible apps to Apple Silicon. Developers are also waiting for information about transferring iOS and iPadOS-based apps to computers. Apple Silicon chip-based Mac Pro and Mac mini models are also being developed.

This operating system has a completely redesigned interface, more like iOS. System sounds have also been updated, and basic apps like Safari and messaging will have new features.

Many other Apple products have been awaited from previous events but not released. Another device to be expected is the AirTags. This is a smart chip that allows you to keep track of important items such as bags and wallets through your iPhone.

More than ever, 2020 is the best time for Apple to launch an iPhone with high configuration and affordable price. Unlike the leaked information.

The new generation SE has the strongest configuration inside the body of the iPhone 8. Sold from tomorrow, the iPhone SE 2020 has a starting price. points only from 400 USD.

Thus, it takes up to 4 years for Apple to return to this historic low price. What is the reason why Apple suddenly revived its SE vision after 4 years?

For over a year, Tim Cook had to hide this number. According to market research companies’ statistics, iPhone sales in 2019 may have dropped by 7 percent in 2019.

Apple is clearly losing market share to rivals Android. With the latest iPhones, Apple has the right to hope to end the iPhone’s downturn for years.

Or OnePlus has just launched the OnePlus 8 model at $ 700. At the same price as the iPhone SE, users can now only buy a Pixel 3a model with a mid-range chip. That is instead of the powerful configuration Nexus as before.

It is undeniable that Chinese companies still have sub-brands focused on configuration dumping strategy. But clearly they started to care about profits instead of blindly chasing market share as before.

This creates a new opportunity for the iPhone. For the first time in history, the iPhone can compete with Android smartphones in both power and price.

Most importantly, the price of $ 400 will also be a good enough starting point for Apple to welcome users. That who are upgrading from the mid-range segment. Capital monopoly Android smartphone.

The phenomenon of increasingly less Android smartphone configuration has created a market hole, making the iPhone SE even more attractive. When the brand of Apple was brought down to the price of 400 USD. Certainly many mid-range users will consider this a desirable bargain.

Recently, Apple has officially announced the new generation iPhone X. It is priced at 999 USD in the US. This is a special version to celebrate the 10th anniversary of the first iPhone generation.

It will hit shelves sooner than the iPhone 8 and iPhone 8 Plus. In terms of price, performance, as well as design, this is essentially the “iPhone 7S” version but was renamed. There is an opinion that Apple did so to compete with Samsung, when the Korean giant had the Galaxy S8 and Galaxy Note8.

Because if you compare the two suffixes 7S and 8, the iPhone sounds less attractive. Therefore, they were forced to leapfrog the new name. Meanwhile, some comments that this is essentially an Apple marketing move.

Meaning users are looking forward to an iPhone 7S. but the company launched the iPhone 8 – higher than expected. In this way, Apple will attract the attention of users, thereby, achieving better sales.

If this is really Apple’s intention, then what is the company planning? Let’s take a look at some hypotheses that revolve the disappearance of iPhone 9 at this time…

The iPhone X came with a configuration, features, and a higher price than the iPhone 8. In other words, this is a more advanced version. Although Apple calls this “iPhone 10”, on paper it is still iPhone X. 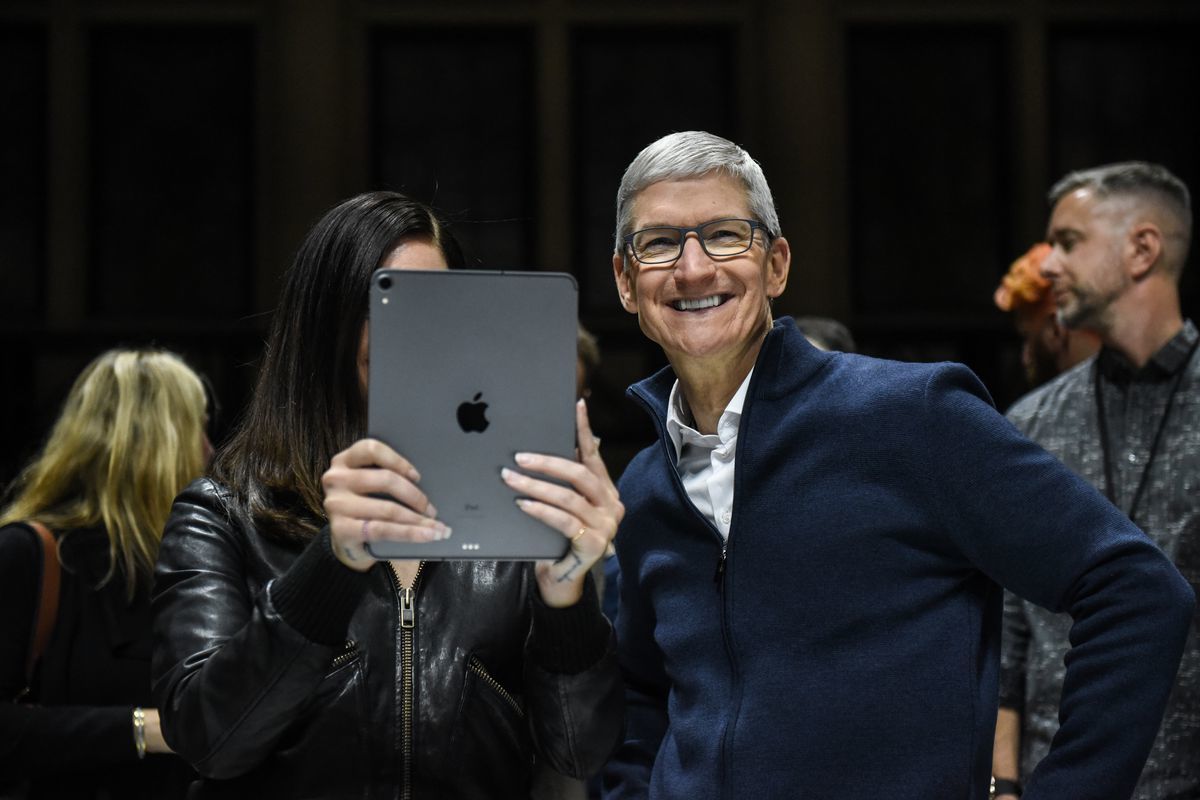 A lot of users also call this the iPhone X, not the number 10 as the leader of Apple said. Of course, Apple knows that and they intentionally do so. By the number 10, or X is actually just the pronunciation. The true desire of CEO Tim Cook is to create curiosity and mystery for users.

If the device is actually called the iPhone 10, it is nothing special compared to the iPhone 8. And obviously, if the number is 10, people will immediately ask the question: Where is the iPhone 9, as mentioned counter above. So, iPhone X, or iPhone 10 is just a trick to understand no more, no less.

Over the past few days, Apple has made the technology world in a position of reconciliation with Qualcomm, and has committed to stopping all trials between the two sides around the globe. Not just giving up on the costly legal battle they’ve been pursuing for years.

Not only giving up the claim if winning a lawsuit can be up to tens of billion dollars. Apple may also have to pay back nearly $ 6 billion in licensing fees to Qualcomm along with a royalty of $ 9 for each new iPhone sold.

Why is Apple, a company famously tough, when negotiating with partners so far? The answer is clear to the majority of people, Apple needs Qualcomm’s 5G modem chip for its iPhone by 2020. 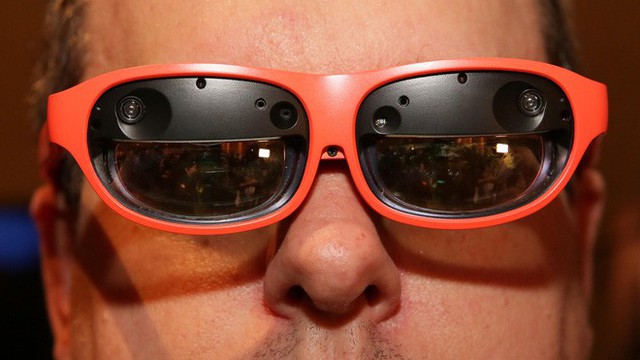 Those advantages are also quite interesting, but not too superior to current technology. That means adding 5G to the iPhone won’t become a reason big enough to convince users to upgrade to a new iPhone. If so, Apple will never spend such huge amounts of money to bring 5G to iPhone 2020.

While 5G is an essential technology for AR glasses, the glass itself is what Apple needs more than ever. The size of the phone screen has hit the limit to suit the mobile needs of users. While the iPad has become too bulky and sales have been falling steadily for years. 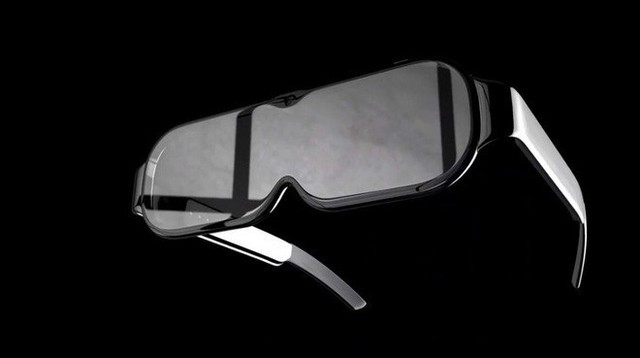 Meanwhile, an AR glasses can open up an unlimited content experience space in front of users, but it is still compact enough to be portable. Equipping new connectivity technology for the glasses and turning it into an iPhone accessory will make it attractive enough for users to pick up and upgrade their new iPhone. This is especially important when Apple is under pressure to increase sales amid a near-saturated smartphone market.

It all shows how Apple needs a 5G modem. Because they are probably the only smartphone company today exploiting its outstanding advantages to give to users.